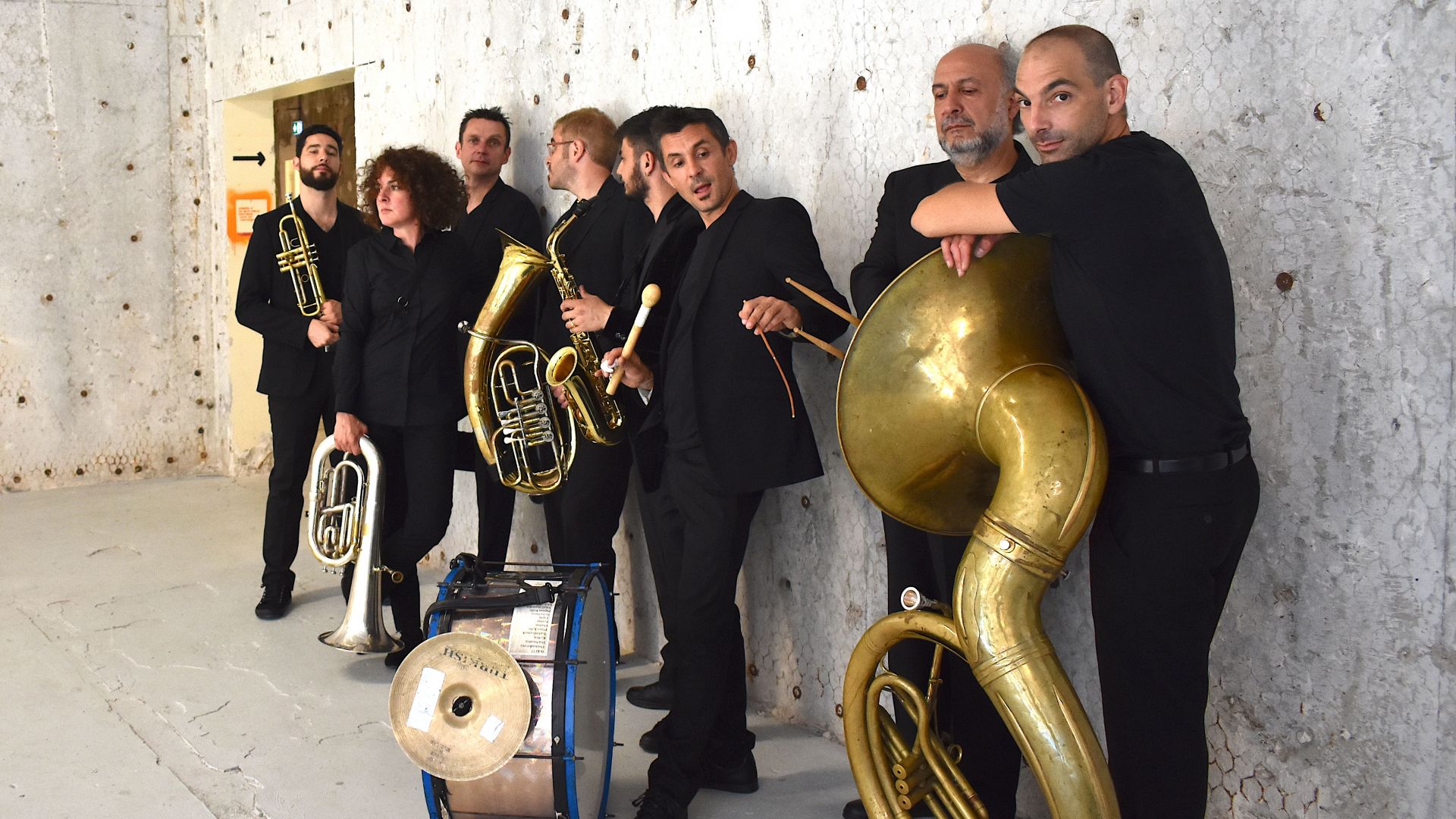 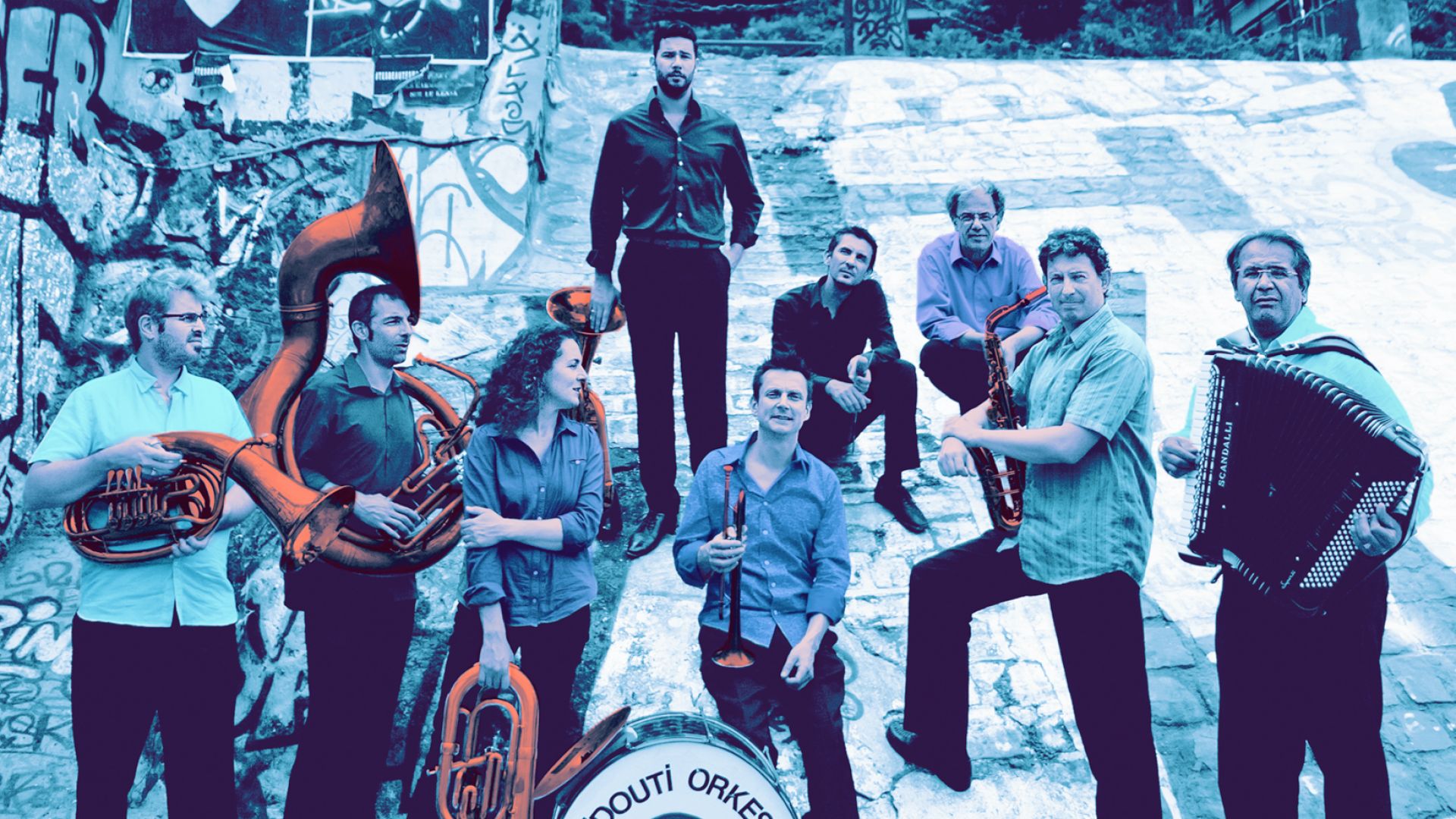 A brass band that for fourteen years has roamed the borders of the Balkans, Turkey and the East.

On stage or in the street, the "HAÏDOUTI" revisits the huge musical legacy from the
Ottoman empire in Europe, in a jubilant quest for the common spirit of these
musics from the Mediteranean Sea. The Haïdouti Orkestar gives us a new
perspective of the Balkans.
In the audience, they dance til losing breath, they laugh, they dream, they shiver…

2016, the troop was invited by Ibrahim Maalouf to record the original soundtrack of the french movie ‘La Vache’ ('The Cow'), directed by Mohamed Hamidi, in which Lambert Wilson and Jamel Debbouze (french comedian and humorist) share the poster together. The movie is a success, making more than 3 million entrance in France and spreading all over Europe, Latin America and Canada. Thanks to this exposure, the orchestra is invited to play at the Closing Ceremony of the Cannes Film Festival 2016 and blows the Palais des Festivals away by its communicative energy and powerful music.